Brady, you seem like a cool guy and I am not the type to verbally attack a man who could probably beat the living crap out of me. Yes, you’ve been out of baseball for several years but something tells me you are in the gym at this very moment, lifting weights and ingesting as much “supplements” as possible to make your eventual Frank Thomas-like comeback. But wait a minute…he was actually a slugger. What in the world did you take in 1996 to hit 50 home runs?

Look at these numbers;

Which number doesn’t belong? Even my 20-month old son could figure this one out!

Those are his exact home run stats from his rookie season up until his final year in baseball. So, how does a a guy who never in his career hit more than 21 home runs hit 50 just a few seasons later? OK, so if you hit 50 in 1996 you end up on a list of elite sluggers like Ken Griffey Jr., Albert Belle, and other 90’s superstars, so why could you never even as much as reach 30 for the rest of your career?

What’s most disappointing is the fact that it took almost a decade before someone had the balls to publically question this miraculous season. It just goes to show you that while the players who cheated are the bad guys, the owners, managers, and teammates who knew something was up didn’t do anything to help the situation. I wouldn’t doubt for one minute that America’s hero Cal Ripken Jr. didn’t know about Brady’s supplement abuse. 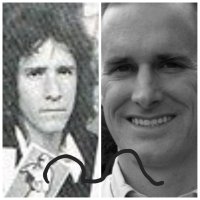