If you’ve been collecting baseball cards for more than a few years like these Johnny Come Lately millennials, you probably lived through the amazing hype of the 1989 Upper Deck Ken Griffey Jr. rookie card. By Griffey’s 3 or 4th season, the card was already incredibly expensive but near the end of the 90s is when it really began to pick up steam. Personally, I believe the narrative of Griffey Jr. chasing down Hank Aaron’s career home run record began around the time of the Home Run Chase of 1998 between Mark McGwire and Sammy Sosa. It was around that time that baseball analysts began praising Junior for being on pace for the all-time home run record, if not the single-season record.

By the early-2000s, the 89 Upper Deck card was regularly selling between $120-$200 and this was long before grading was as popular as it is today. Unfortunately for collectors heavily invested in Griffey Jr., health issues and a growing belly as he aged began to take the shine off that apple and by the time he made it to Cincinnati it was clear to many that while Griffey Jr. had some amazing numbers that he would continue to pad in his final seasons, he was no real challenger to Henry Aaron. Eventually, the hottest card in the baseball card industry began to fall like a comet out of the sky. I saw one yesterday at a card show for $25 dollars, as it should be considering the print run and shenanigans pulled by Upper Deck.

The 89UD Griffey Jr. is what inspired my conversation on Twitter, which ruffled many feathers. I simply began to analyze the very iconic 2011 Topps Update Mike Trout, which in my opinion, is way overvalued considering the fact that Trout has been injury prone since 2016 and because a pandemic killed his 2020 season and there’s a chance a work stoppage could do the same in 2022. Plus, Mike is now entering age 30, which means that if he’s PED-free, his numbers will slowly begin to decline. We were spoiled by Barry Bonds hitting seemingly 500 home runs after age 35 but in reality, that will never happen again. Plus, add advancing age to someone injury prone and it could get ugly real quick.

I do not want Trout to fall short of 500 home runs, 3000 hits, etc. I would love for Trout to prove me and everyone else wrong but if we can be realistic for a moment, let’s just say it may be time to accept that much like Ken Griffey Jr., it appears that Trout may fall quite short of some of the expectations placed on him by millions of baseball fans and just questioning that makes a lot of Twitter users furious. As you can see from my Tweet, people were up in arms despite me clearly pointing out that I was referring to the 2011 Topps Update card being overrated, not the actual player. Personally, if I could afford a Trout “rookie” I’d shoot for the 2009 Bowman Draft Picks autograph.

The great thing about this hobby is that there are many options available when it comes to rookie cards. For example, I am not a fan of 1989 Upper Deck but in 1993 Upper Deck re-issued the card with a black border which adds to the overall appeal and is one of my favorites of 1993. Over a decade later, Upper Deck bought back several copies of the 89UD and had Griffey sign them. That to me is the premier rookie card but I don’t have $10,000 dollars sitting around in my bank account. The same goes for Trout’s 2011 Update rookie, which comes in many colors each with varying levels of scarcity. At the end of the day the real reason Twitter was up in arms over my questions is due to money.

There are currently 3,000+ Trout base gem mints, 10,000+ cognac gem mints, 11,500+ diamond gem mints, 14,000+ blue gem mints, 16,000+ gold gem mints, and over 70,000+ red gem mints graded by PSA. That’s over 130,000 perfect gem mint copies alone by PSA. That doesn’t take into account anything that graded below a perfect score. That’s just ONE COMPANY. What about BGS? SGC? CSG? HGA? What about simply the Mike Trout 2011 Topps Update cards that are raw and will never be graded? Sure seems like Topps printed a hell of a whole lot of these. Sure, nothing like the junk wax days of 1989 Upper Deck but still a somewhat alarming rate.

The truth is that there are well over 100,000+ collectors who have invested heavily in Trout. Whether or not these collectors bought in early or when Trout’s prices were soaring through the roof … no one wants to look foolish with their investments. Others are die-hard fans who will stick with Trout till the end and trust me, I can relate. After all, I have been a die-hard Jose Canseco fan since I was 10 and I am 41 today. I’ve been a fan longer than I’ve been alive as a non-fan, if that makes sense. I also believe there are those who want to RAGE on Twitter just because it’s the thing to do. One good thing to come out of my viral tweet was being re-discovered by some old friends so overall, it was worth it.

So If you’d like to follow me on Twitter, make sure to do so. Unfortunately, I can only update the blog 2-3 times per week while at work and when work gets particularly busy, much less frequently but I’m on Twitter 24/7 posting random baseball card-related content. 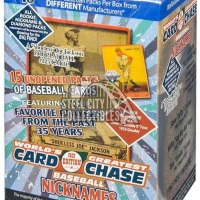 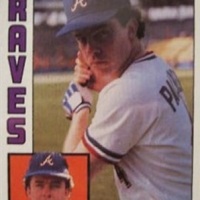 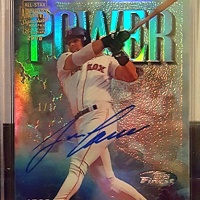 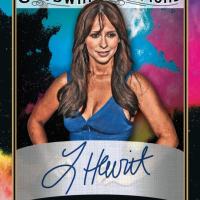 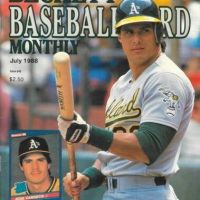