Upper Deck: Where Do We Go From Here?

It looks like I picked a perfect time to walk away from blogging about the sports cards industry. In my short time away, Upper Deck was sued by Konami for an unforgivable act, released the final 2009 products with logos in full view, and were sued by Major League Properties just days after 2010 Upper Deck Baseball Series One began to hit stores.

I haven’t had an opportunity to view any 2010 products in person but judging by scans, this year’s non-licensed U.D release looks sharper than Topps’ flagship, even without a license. On the other hand, Topps’ flagship is no slouch and although there is officially no apparent competition, they seemed to have put in quite an effort to please collectors.

I have long been a supporter of Upper Deck products because they came out of nowhere and crushed the competition in 1989. Not only that, they introduced to the hobby game-used relics and pack-inserted autographs. Although both these gimmicks are now extremely overused and dull in my eyes, their entrance into the card market forced Topps, Fleer, and Donruss to step up their game.

With that said, this counterfeiting lawsuit made me lose all respect for the current version of Upper Deck. I’ve read ‘Card Sharks’ and even had a chance to interview the author of the highly controversial and eye-opening book and something inside of me wanted to believe those acts by the Carlsbad, California company were long gone, never to appear again.

I have nothing against creative use of logos in non-licensed products. These recent Upper Deck releases (Ultimate, Stars, 2010) look better than anything produced by a non-licensed company. To me, Topps vs. Upper Deck is a war and clearly U.D wants to do everything in their power to win — even if it does bring in even more lawsuits.

However, when the word “counterfeit” enters the equation, there is just no excuse and in my eyes and thousands of collectors’ eyes, Upper Deck will not get a free pass this time around. What they have done (and were forced to settle) is despicable and sadly makes me question the authenticity of all Upper Deck products from this point on.

I’ve always wondered about how easy it would be for a company to lie to collectors. In a time of an economic downturn and with a seemingly endless supply of lawsuits being hurled their way, what’s to stop Upper Deck from using leftover memorabilia and labeling it a “Babe Ruth Game-Used Bat”, for example?

Come to think of it, what’s to stop Topps or Panini from doing the same thing? It’s this kind of negative publicity that will make collectors stop trusting the card companies and help them decide to take their money and business someplace else. If Upper Deck does survive the latest rounds of lawsuits, they owe every collector an apology.

I will admire the beauty that is 2010 Upper Deck but it comes with a bittersweet taste. 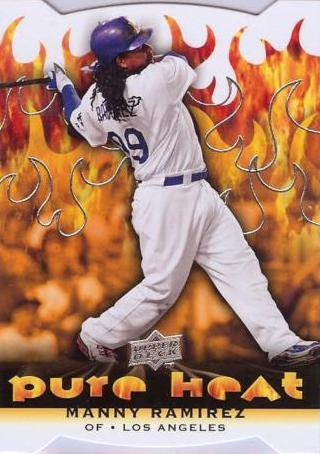